As a director, Jackie Torres has focused on the hard urban reality of Latinos in the United States.

As a matter of fact, this touched Jackie so profoundly that she has used each one of her films to destroy negative stereotypes Hollywood has spread about Hispanics. Through interesting stories, filled with urban dynamism, Jackie has achieved great success with the films she has directed: “The Price of the American Dream” and “East LA King,” both available through Netflix, Hulu, Amazon and Cine Latino, among others, as well as “Crossing Frontiers,” official selection of Mexico’s Film Festival “Festival de Cine Chicano.” She also directed TV series “Pequeños…Grandes Lecciones” in her native Puerto Rico. 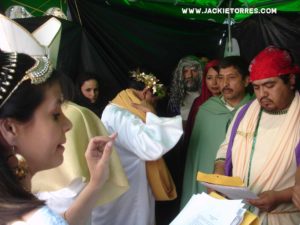